Dhanushkodi, The Island is an example of harmony as well as shows that nature could also unleash fury and destruction. A land Abandoned in Rameswaram located in Tamil Nadu, due to the cyclone that was caused back in the 1960s. The cyclone destroyed the flourishing town which had church, schools, temples and killed approximately 18,000 people. In Repercussion, the government of Tamil Nadu declared it as ‘ghost town’ which suggested that it was unfit to live.

In December 2004 after 40 years the sea receded 500 meters. People were shocked to see the submerged part of the land and property. The waves were so high that it brought coastline 500-700 meters into the sea engulfing everything which came in its way. Moreover, There’s a pit which never dries and provides pure and fresh drinking water.

However, It is now considered as an exceptional tourist place which could be visited along with Rameswaram temple. A bumpy ride to Dhanuskodi is taken back by a jeep which fascinates you with the magnificent view of two oceans, Bay of Bengal and The Indian Ocean.

There were a railway station and a church located close to the shore which was later destroyed by the cyclone, but the remnants endure and it is simply enchanting. It is a breathtaking visual with exceedingly beautiful views of the beach.

The Gulf of Mannar Marine National Park in Dhanuskodi is the first biosphere reserve established in India. It is home to assorted plants and animals. But, public access and participation are limited to glass-bottom boat rides. Nevertheless, visit this park is compulsory to enjoy the abundance of nature and creation.

Also, it has a mythological history, it is the smallest and the only piece of land that shares the border between SriLanka and India and known to be the spot where the very famous floating bridge of rocks (Rama Setu) was Built by Lord Rama and his army to rescue his wife, Sita in Sri Lanka abducted by a powerful demon, Ravana. The bridge is also called Adam’s bridge and has come to be one of the major tourist spots. 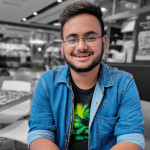 Depression: Not Just Any Common Disease.